“There are elements that determine paths taken,
and we can seldom find them or point to them accurately. . .”
~ Elizabeth Strout (from “My Name is Lucy Barton”)

Last week I saw a short video of documentary filmmaker Ken Burns talking about story. Everything he said rang true to me. And what stopped me cold was the reason he said he does what he does.

He tells historical stories. Is now known for what’s called the Burns affect, blending first person narratives into the telling of events. He surmised his ‘why’ for doing these types of stories led back to his mother. He never knew her well. She had cancer his entire life and died when he was eleven. “It might be that what I’m engaged in, in a historical pursuit, is a thin layer thickly disgusted waking of the dead. . .may be very obvious and close to home who I’m really trying to wake up.”

I often say the Universe swoops in with answers to my questions. Delivers messages in articles, quotes, passages in books, and random words. Hearing Ken Burns when I did was no accident.

I’d just gotten a new awareness about how I’d generalized to the world at large a message from my mother. One I received from the time I was very small. The message I’m too much.

The awareness came after a conversation that’d turned strange and difficult. A comment made that immediately felt true & not true at the same time. It took days to sink in that so many variables affect perception – experience, preference, information given, how the brain works, one’s own tics, rules of Truth, interpretations.

What was true – in that moment, and perhaps in many moments, I am ‘too much’ for that person. And her reason why is valid. I have responsibility in this. And for my mother, I was indeed too much. The evidence not only in words, but action. She sent me to my grandmother’s when I was 18 mos. old. It was 190 miles away. She couldn’t handle my newborn sister and me at the same time. Something I learned while sitting at a small table in a Mexican restaurant at Disney’s Epcot with my father. ‘You were gone six weeks,’ he said. ‘I wanted you back. So, I went and got you. You were just a little girl.’ The pattern repeated my entire life growing up.

How it turned wrong is I embraced that message so strongly I made myself smaller, quieter, less Me in response. I carried it like a flag draped around me and saw the whole world repeating it. I forgot I can take responsibility, and the message is as much about the other person as it is about me.

Ken Burns says we tell stories to continue ourselves. I believe that’s true, too. Those of us who are storytellers can see how we include ourselves in what we write. If not directly, our passions and interests.  I write stories about outliers, good people with a longing for Home who are at a crossroads. Stories about loss. And in my novel (‘Flight’), set in 1952 rural Appalachia, I rewrote the story of my mother and me.

A mother receives a prophecy her beloved tiny boy will leave her and the mountains while still young. Believing fate unstoppable as mountain code dictates, she withdraws from her son to steel him for his fate. Eight years later, as the prophecy unfolds, watching and protecting her son from afar is no longer tolerable. She reckons with her choices to get him back, and breaks code in the process to save herself, too.

A year passed before I saw fully what was there. The mother’s choice was a sacrifice. She had a good reason, beyond her perceived control. The longing I felt for my mother burned in the boy. The abandonment in the end was not hers, but his, and neither wanted it. It had to happen. Death was the alternative.

As my mother lay dying, she told my husband how much she loved me. Something I always knew. She also said she never understood me. “From the time she could talk, before I could think of an answer to her first question, she’d ask another,” she said. That revelation rewrote the story of us together, too. And was a comfort for me.

In looking back, I see my path has been one filled with grace. The unfolding of my childhood story at a time I could understand it, the story I was given to write in my novel, and the story I’ve created over and over in life.

Now it’s time to move on, be more than I’ve been. Which also means being less than I’ve been in many ways, too. For one, I can let others get the details of me wrong. It doesn’t matter. What matters is I’m rewriting my story once more. I chose the stories with love at the center, and still do.

Another small journey. Getting to Wise.
A Writer’s Life

Tell me. . .what stories do you choose?

*
Looking for help with your writing or writing life? Click Here.
Like to Listen?  Check out The Creative Life for People Living in the Real World.
Wanna know what’s up next?  Events page has all the updates. 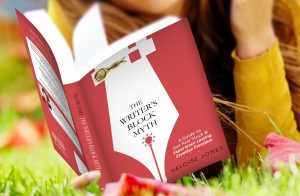 One thought on “On a New Path”