“. . .like a dream between the crease of shadow and light.”
~ author Terry Tempest Williams

I want to tell you a story, and this week is not about my stories. It’s about yours.

I’ve been quiet, considering the shape of my life. I bought a small seated buddha for the yard. Placed him where I see him easily from my kitchen window. On the ground in front of him I shaped a lei made of grasses and shells from Big Island, Hawai’i into a heart. The islanders create these leis as a lasting blessing to encircle something treasured. . .a photograph, an item, whatever. I’m blessing the ground of my home. In the buddha’s hand I placed a white heart rock. It glows against his earthen colored body, even in shade.

My unexpected gift is a small book I’ve known about for 5 years: “When Women Were Birds” by Terry Tempest Williams. I wanted to like it when it first came out, and I didn’t. I felt disconnected to her rhythm, and couldn’t get past the first chapter. Perhaps it was because I’d left a home I liked, with a kitchen I loved (so important), in a town I really liked where I had community, to move to Florida. I’d relinquished 5 days a week of solitude (a writer’s blessing) to live with my husband every day for the first time in 17 years. I was tangled in adjustments.

Now, having read the book, I believe I wasn’t supposed to read it back then. Because she’s talking straight to me and everything I’m creating & passionate about in my life now.

As a reader, I won’t write, underline, or highlight in books. I copy beautiful sentences into a notebook. I’ve never placed more than a few tabs in a volume. Even when researching, I photocopy. This small volume has more than a dozen tabs, color coded. Yellow for writing & the writing life. Purple for a sentence about creativity that adds to what I say in my own book, “The Writer’s Block Myth.” Pink for the women’s retreat I’m co-facilitating with visionary artist, Kendall Sarah Scott, in March (Madonna – Contemporary Ally for These Times).

One story I didn’t tab is about the secret language created by oppressed, illiterate women in China centuries ago. The script (Nushu) was embroidered on handkerchiefs & kimonos, written in the folds of fans, inside slippers covering bound feet, and in small books passed mother to daughter on wedding days. The language shared only with other women. Tradition and a culture intentionally created around it.

The script was distinctly feminine. Curving, fluid,  linearly flowing. Much different than the boxy, angular lines of Chinese words we’re familiar with. (my son who lives in Taiwan corrects me when I call them characters. they’re words, not characters, he says)  Strangely, the word for a bird’s head in this language is the same as for a woman‘s head. What story and meaning lies there?

Writer and philosopher Hélène Cixous wrote, ‘We must learn to speak the language women speak when there is no one there to correct us.’ I believe it’s because when the principles of the feminine are embodied, change occurs. And we’re in those times when change must come from the desirous heart.

Another story I didn’t tab is about a small group of writers who saved thousands of previously protected wildlands from disappearing to gas and oil exploitation in Utah. In the state and national congressional hearings regarding the legistlation, Senators unequivocally ignored the populace and silenced testimony from anyone other the extractive energy industry.

What can we do, Williams and her colleagues asked. Their solution: a collective voice. They petitioned twenty-five writers committed to language and the landscape. In the end, a congresswoman and historian added their voices.

With the help of volunteers and donations, they compiled the writings, biographies, and signatures of the contributors, and maps into a small bound anthology edited for an effective progression of ideas that spoke directly to their intended audience. In three weeks, “Testimony: Writers of the West Speak on behalf of Utah Wilderness” was delivered into the hands of every member of Congress, Vice President Gore, key members of the administration, and others.

Following a press conference, a Washington Post reporter told the organizers, ‘What a waste of time. Do you have any idea how much paper gets passed around in Congress? You are so naive. This will never see the light of day.”  The organizers reply, “Writing is an act of faith.’

What happened? When the congressional land management act contested by the populace went to the Senate floor, every essay from that book got read. And six months later, a new national monument was created to protect 2 million acres. The President holding a copy of “Testimony,” saying ‘This little book made a difference.’

We’re in a different world now. Many feel there’s no hope. Author and naturalist Diane Ackerman warns, “Words are such small things, like confetti in the brain yet they color and clarify everything. They can stain the mind or warp the feelings.” What she says is true.

And I believe in words to do good and enact change. Because they have power. The Nushu language was destroyed when the thought behind it became a threat to regimes. The first thing forbidden in cultural genocide is the culture’s language. And in some countries, poets and writers are executed. It’s how we use words that matters. And how mindful we are of intent.

20 yrs. ago writers changed the course of what seemed a sure trajectory. Not with words of argument, logic, righteousness, or blame. With words that bought a place and a different vision alive. Can it happen now. I believe it can. Even knowing all I know about the hard hearts, fear, terrorism, division, and devastation that plagues this country and planet.

Because a writer’s gift is the ability to touch others. To make connection. And we never know when or how that happens.

Terry Tempest Williams’ words in her book gave me what I need 5 years after I first picked it up and put it down. A successful author found my book & called me after 6 years of feeling stuck, and started writing again. The ah-ha moments we experience as we journal, connect with ourselves. The family stories that shift our understanding of the tribe we’re born into. The novel that expands ideas inside us of what it is to be human. The Chinese women who found a voice. The senators getting ready to vote away thousands of acres of wildlands for oil. It is not naive to hope.

In nearly every spiritual tradition, Word created the world. Scientists have linked words to physical vibrations that affect the brain. The power of our words hold consequences beyond the intent of the messenger. So, write. Write what matters. Writing is an act of faith. 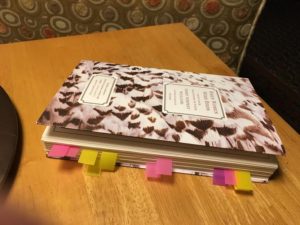 *
Looking for help with your writing or writing life? Click Here.
Like to Listen? Check out The Creative Life for People Living in the Real World.
Wanna know what’s up next? Events page has all the News.
For the women’s retreat, Madonna – Contemporary Ally, click here. 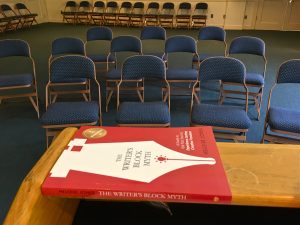 2 thoughts on “A Native Home of Hope”