Driving in the car, I put my cup of hot chocolate in the short plastic to-go glass with meter change, like I always do. But when I lifted my drink, the plastic glass lifted, too.
Money dumped into my lap, slid to the seat beneath me.
I like to think it a metaphor.
* 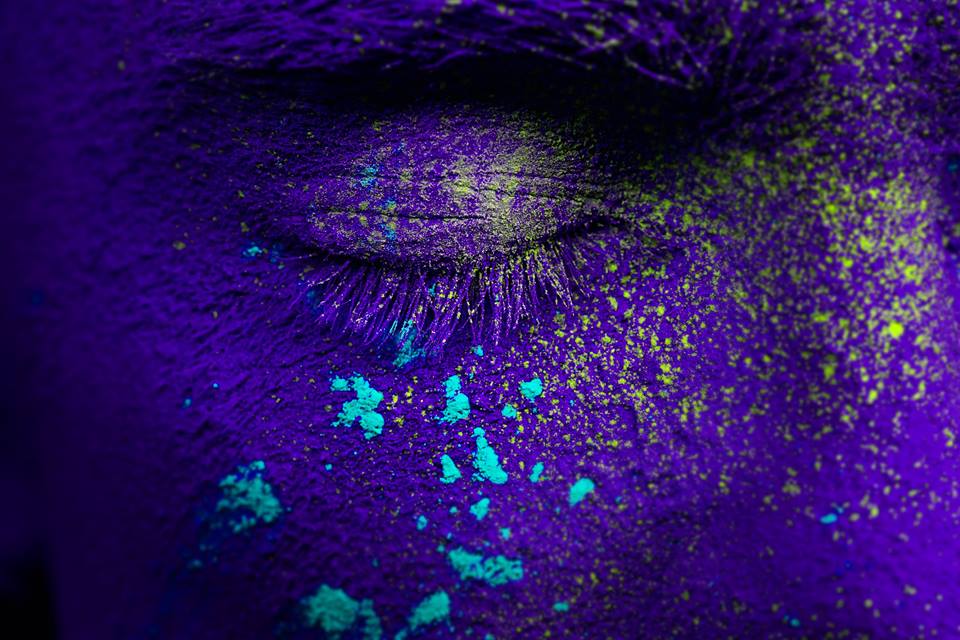 Holi – day of the Hindu spring festival of colors –
celebrates the triumph of ‘good’ over ‘bad.’
2016, Thursday before Good Friday.
*

I watched a man go table to table in the sunshine. He hit, moved on, quick like a hummingbird. I noted him not young, not old, but bent. Wrinkled, rumpled, not dirty. Focused. Under the portico where I sat he asked the folks beside me for a dollar, left without asking me. ‘I’ll give you a dollar,’ I called. He sat at my table, lingered with God Bless You’s before we fist bumped and he left. I thought, I gave him what he asked for. What if he’d asked for more. It was three blocks before I found him on a side road curb counting a puny wad of crumbled bills. My only thought came out of my mouth. ‘Not enough, is it?’

36 hours later, early before stores open, a man asked for a dollar as I ate a sandwich, enjoyed the fresh air. Added the bus is really $2 when I gave him the money he asked for. I said no. But ten steps away, I called, gave him the second dollar. What he really asked for. It’s then I saw the park 1/2 block down. Where the homeless spend their hours, where the buses come & go. The next man never got to ask. He hesitated, spoke in that small voice like they do, started his standard apology. I stopped him. He’d called himself a bum. I was so surprised I asked if I heard right. ‘I do not see a bum,’ I told him. ‘I see a human being.’ But, but…, he argued. ‘You are a human being,’ I said, and gave him $2. His name is Bama, after Alabama. And he walked away a bit taller, a little perk to his step. So evident I questioned for a nano-second if his former slump was real before I thought I may have lifted him up.

Alright, I admit it. I get disheartened by what I read and see. Think perhaps I should look into moving to San Miguel like I considered three years ago. Then it comes to me. If I’m thinking about moving, I’ve lost the possibility for my Vision of the society I want to live in, right here in the U.S. The one where people are valued, healthy, educated. The Vision that today is NOT tomorrow. That we have the power to counter the ascension and assumption of Hate, Bigotry, Violence, and War. That millions who vote for this have limited sights, and there’s more to this world than that. I don’t have to acquiesce, accept their view. I can follow others before me who stood up, said enough is enough. We all can. How we see people is a moral issue. How we treat people is a political one. The personal is political, and moral. I’m speaking up.

I am not neutral.

There is no room in this world for hatred, separatism, racism, any -ism. No room for homophobia, islamophobia, xenophobia, phobia of nature. I am for the rights of women, LGBT, homeless, immigrants, refugees, the disenfranchised, all people to live healthy, prosperous lives. Everyone deserves that. I am for Love, any way it shows up. For giving people opportunity to be their best self. I am for respecting nature. Not only because nature’s wondrous and beautiful, but because our survival as a species is intricately linked to her.

I advocate a kinder world.

I post good news moments on facebook. Because good stuff exists beside the ugly stuff we read about that seems so rampant. Because if we don’t see the Better Angels of ourselves reflected, we think terror, horror, and hatred are all there is, and despair settles in. We need the full view.

If you believe change can’t happen, you’re wrong. We don’t have to settle. We can see each other, listen to each other, endeavor to understand those who are different than ourselves. We can see our humanity reflected back. Can celebrate any step toward the world we want to live in because big change is rarely a leap. Believe the power of even small steps because they add up, still take us where we’re headed. We have the power to choose how we show up. Let our fights be smart. If we don’t decide where we put our energy, someone else’ll decide for us.

I had one more chance to do something good that day. A boy, looked to be 14, knocked on my door. Talked so fast I said slow down, tell me why you’re here. I saw the boxes of candy I’d never eat, knew I’d donate, anyway. But I wanted to know why. Going to Universal Studios. Never been. All the kids working hard to raise the money. (his words) Then he added, I talk fast ‘cause people close the door. I got it. Darn, I don’t eat candy, I said. He perked up, offered candles. Got anything my little grandson would like? In three minutes the washable mats were here, brought by his ‘boss.’ Dinosaurs. Perfect. I got what I asked for. And a grinning kid walked away. Going to Universal the only way he could. After he left I googled the org I made the check to. OMG, they do good work. Energy and action, like ripples in a pond.

How do we show up?

Another small journey. Getting to Wise.
A Writer’s Life

A secret:  They seem like tests, these experiences.
A favorite:  This photo of the purple eye. I love it. Beautiful, like I see people.

The Writer’s Block Myth – A Guide to Get Past Stuck &
Experience Lasting Creative Freedom. Click Here.